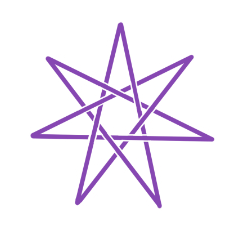 The social stigma against nonhuman identity has resulted in making information on the topic very hard to access outside of niche groups, and often resulted in many nonhumans keeping their identity and beliefs private. The social side of nonhuman identity, then, developed in small clusters. In my experience, many of these sub-cultural "clusters" do not have clear communication witch each other, or may not even be aware of each other. Though I am certain there are other nonhuman sub-cultures, I am currently aware of five: Otherkin, Fictionkin, Therians, Starseeds, and Vampire Lifestylers. The difference between these groups, on the surface, is the different type of what other-than-human thing the person identifies as. However, a closer look shows there is much overlap in this area, and there are other, more subtle, differences.

The term "otherkin" originates from a community of people in the 1990's who identified themselves to be elves and called themselves "Elfkin." When other nonhumans who identified as something other than an elf began to make themselves known, they were called "Otherkin." The community started mainly with people who identified as some kind of mythological or fantastical creature, such as dragons and fairies. The convenient terminology of x-kin ("dragonkin" and "fairykin") became popular to describe a nonhuman identity, and began to spread outside of just mythological creatures and races. People who identified as an animal, like a rabbit, could easily express this identity through the term "rabbitkin." The Otherkin sub-culture spread mostly through online communities filled with teens and young-adults who used social media, such as LiveJournal or Tumblr. The nonhuman identity of Otherkin often (but not always) had to do with the spiritual idea of re-incarnation and alternate universes.

The Fictionkin community obviously started as an off-shoot of the Otherkin community. Fictionkin identified as races and species from modern, fictional, and pop-culture sources, and sometimes even as very specific characters from these sources. Examples of Fictionkin identities can include being a Na'vi from James Cameron's movie, Avatar, or being the specific, individual character like Mufasa from Disney's The Lion King.

Although Fictionkin started as an off-shoot of Otherkin, and grew mostly in the same online spaces, I have listed it separately for two reasons. The first being that Fictionkin have a unique culture surrounding how they interact with other Fictionkin, and the second is that the Fictionkin community was often shunned as a pariah from the Otherkin community.

The very spiritual nature of many otherkin's beliefs did not mesh well with the idea of pop-culture fiction becoming reality. Another tendency among fictionkin that was often criticized, was the existence of multiple "kin-types," where a person identified as more than one non-human and/or fictional species, race, or character. While many outsiders of the community saw all nonhuman identities as being ridiculous and likely delusional, many otherkin themselves saw fictionkin as being too ridiculous and delusional to be a reality, spiritual or otherwise.

There is, unfortunately, still a lot of in-fighting in the nonhuman communities about what is required to have a valid nonhuman identity. The experiences of nonhumans contain so many vast differences that it is hard for some to relate to the experience of others, and therefore condemn it. I find a common trend among these internal disputes is the idea that "these" certain types of nonhumans are giving "the valid" nonhumans a bad reputation among humans. This argument insinuates that it is more important to be accepted by humans than it is to express nonhuman identity in a free and self-fulfilling way. This in-fighting is something I hope the communities can overcome, and reach a point of being welcoming to all the different types of ways to experience and express nonhuman identity.

The very specific possible identities of fictionkin lead to a unique problem in the community- people who identified as the exact same, specific, individual character. If you were Captain Kirk, how do you feel about somebody else who is Captain Kirk? Is this other person a liar, or a fake? Are you required to have the same experience as this other person to be valid? Different fictionkin have different ideas about what is the source of their nonhuman identity, and this relates to how they view others who share the same specific identity- a phenomenon known as "Doubles."

To some, a double has no conflict with their own identity. To others, it may seem like an invalidation to their identity or just simply an uncomfortable feeling like meeting a doppleganger. Many fictionkin will make it well known if they are comfortable with doubles or not. If they are not, they may ask doubles to not talk or otherwise interact with them. The preference of the individual is expected to be met with respect and compliance by other fictionkin.

It should be noted that another unique aspect of fictionkin identity is that it need not necessarily be a nonhuman identity. There are plenty of human characters in work of fiction and pop-culture, and fictionkin who identify as these human characters might not associate themselves with being nonhuman at all. The term "alter-human" has been suggested for identities such as human fictionkin. There is still many fictionkin who do identify as nonhuman, which is why I include the subculture here. As always, there are so many ways to experience one's self that any attempt at definition becomes limiting.

The seven-pointed star, sometimes called the Fairy Star or Elf Star, is a symbol of the Otherkin community.